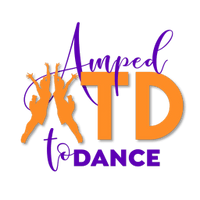 Dana Marie has been dancing since the age of four. Her professional training began at Progressive Center for Dance in Philadelphia, PA. She attended Creative and Performing Arts High-School, where she majored in dance. Dana was a member of the traveling dance team as well as an independently contracted dancer for various statewide events. As a teenager, her professional dance training was at Philadanco and Gwedolyn Bye Dance School in Philadelphia, PA. Later she went to Community College of Philadelphia and Temple University where she studied dance. Dana continuously studies dance at various dance studios to perfect her craft and increase her passion for dance. She has a master’s degree in Early Childhood Education from Lincoln University and hopes to empower youth to find the connection between the arts and education. Dana is the proud Director of the FOCUS (Finding Our Creative Unique Self) Mentoring Program, where she combines her passion for dancing and heart for empowering youth.

A skilled dancer, rapper, music producer and activist, born on the west side of Philadelphia, Joie Kathos arrived in 2011 with a bold, raw, energetic style and the dance moves to match. The product of Philly’s soulful environment and rich creativity, the non-binary artist has been contributing to cultural arts and entertainment in Philly for over a decade and is the product of a diverse amount of training, including tap, hip-hop, ballet, modern, and street jazz. In 2010, the Creative & Performing Arts HS graduate finished her senior year in the Top 14 academically, earning the role of dance captain. Shortly after, Joie received scholarships for additional training at University of the Arts and DCNS Summer Dance Program while enrolling full-time at University of New Haven in Connecticut. She has worked with companies such as Eleone Dance Theater (Philadelphia), Grace Dance Theater (Philadelphia), L&L Dance Productions (Philadelphia), The Making of Bosses Dance Studios LLC (Philadelphia), Let’s Dance Studio (New Jersey), Dance4Life (Delaware).

Tomisha Randolph was born and raised in Philadelphia, PA. The 28 year old native started dancing at the age of 4 at Freedom Theater. There she studied creative dramatics, vocal arts and dance. A couple years later she studied dance at Philadanco at the West Oak Lane location. In 2006 she became a student at The Creative and Performing Arts High School. During that time she has performed in the Thanksgiving Day parade in Philadelphia, the Cherry Blossom Parade in Washington, DC, and a number of facilities around Philadelphia. In the summers of 2007 and 2008 she attended the Young Performers Training Camp ( YPTC), where she studied modern, ballet, jazz, and tap. Tomisha graduated CAPA in 2010 as a dance captain. After starting a family Tomisha entered back into the dance world in 2013 as a member of The Pure Project Dance Company. Tomisha is now a new member of the Bswan Dance Company.

Jade Rebecca is a choreographer, director, and performer who leads a dance ministry, travels and runs her own business, Jade Rebecca Productions, which she founded in 2015. Jade studied four years of dance at Gloucester County Institute of Technology School of Performing Arts. This program prepared her to enter a career in performing arts. She has studied at Eleone Dance Unlimited -Professional Dance Company Eleone Dance Theatre under the Director Shawn Lamere Williams where she was introduced to a dance experience that inspired and energized audiences of all ages. She trained in Interpretive dance, modern, lyrical jazz, African, contemporary and Ballet. Jade Rebecca also trained with Professional Dance Company I am Phresh. She danced with their Company for five years under the Director Smart Mark. Being a part of this professional dance experience opened opportunities to participate in commercials, television appearances and winning top awards as the best hip hop company in the U.S. There she trained in hip hop, break dance, funk styles, krump, and house. Her passion for dance goes beyond measure.

Brittany Smallwood is a Philadelphia native, and graduate of Temple University. She began her dance education at The Philadelphia School of Dance Arts (home of Philadanco), where she trained for several years in acrobatics, ballet, jazz, and tap. Her training allowed her to attend the Philadelphia High School for Creative and Performing Arts (CAPA), where she graduated in 2009. Since 2011, Ms. Brittany has taught at many dance schools throughout Philadelphia, including Verve Dans Ensemble, Dance Institute of Philadelphia, and Philly Movement. Over the years, Ms. Brittany has been a member of various dance companies including Philadanco 3 and Eleone Connection, and has performed the works of Kim Bears-Bailey, Deborah Manning-St. Charles, Wayne St. David, Shawn-Lamere Williams, and Tommy Waheed Evans. Her love for dance and children can be shown through her teaching methods and artistic creation

Our studio is closed for all evening classes on Friday, April 2nd- Friday, April 9th. All classes will resume Saturday, April 10th. For more information about our Spring Break Dance Madness Day Camp click below.